Adolescence can be a difficult time for young people. It is a period of intense change both physically and emotionally, partnered with stress, confusion and anxiety. Young people are extremely vulnerable during this time and can be susceptible to experiencing mental health issues such as depression, anxiety, substance use problems and eating disorders.

Have you ever eaten greasy fast food and regretted it after?

Have you ever felt like you’ve over eaten and felt sick after?

Have you ever gone over the day in your mind and thought about everything you’ve eaten?

These are normal thoughts that all of us experience. But imagine thinking it over and over, all day long, obsessing over every calorie, and feeling constant guilt and regret. This is what someone with an eating disorder may experience, each and every day, sometimes for many years.

Young people are particularly at risk of experiencing an eating disorder. Unfortunately, social media plays a huge part in this. When we were teenagers, the most exposure we had to celebrities and models was in a teen magazine that we bought from the newsagent, or on the occasional movie or television show. But these days, young people are exposed to images every day, literally at the tips of their fingers. Instagram, Facebook and the internet show constant photos and videos of people you know or don’t know, which unfortunately causes feelings of insecurity and inadequateness in young people in terms of how they think they should look.

What is an eating disorder?

“An eating disorder is a serious mental illness, characterised by eating, exercise and body weight or shape becoming an unhealthy preoccupation of someone’s life. It’s estimated that one million Australians have an eating disorder, and this number is increasing. Eating disorders are not a lifestyle choice, a diet gone wrong or a cry for attention. Eating disorders can take many different forms and interfere with a person’s day to day life.”

There are many different types of eating disorders and these have been categorised in the Diagnostic and Statistical Manual of Mental Disorders (DSM), edition 5, which was published in 2013. The most common types are:

You can read more about each of the different eating disorders here.

Why are young people more at risk of experiencing an eating disorder?

Whilst eating disorders can affect people of all ages, socio-economic groups and genders, adolescence is the most common stage of onset of anorexia nervosa, bulimia nervosa and disordered eating. Although eating disorders can be caused due to a number of factors (personal, environmental, psychological, biological and social), it appears that youth are the most at-risk group of developing an eating disorder, and this can be due to many factors.

As mentioned at the start of this blog post, adolescence can be a tough time for young people. So many changes, both physically and socially, in addition to hormone and brain changes that in turn can affect a young person both emotionally and psychologically. The physical changes within adolescence can cause a young person to feel self-conscious, experience low self-esteem and compare themselves to peers (as well as others that they see through social media). In addition to starting high school, making new friends and trying to “fit in”, young people may also start to feel attraction to others of the opposite or same sex. All of these changes, in addition to their body literally changing shape, as well as other physical changes, place young people at higher risk of developing an eating disorder. Furthermore, eating disorders can be a coping mechanism of young people to try and control something in their life, as they may feel helpless in other aspects of their lives where there has been dramatic change. Who do you work with that has experienced dramatic change recently or even consistently? It’s commonplace with the young people we work with.

Are there other risk factors for eating disorders?

There is no single cause of an eating disorder, but other risk factors for eating disorders include low self-esteem, feelings of inadequacy, depression or anxiety, pressure from family for perfectionism or high achievement, difficulty expressing emotions, ineffective coping strategies, impulsive or obsessive behaviours, conflict in the home or another life crisis, peer pressure, media representations, critical comments about one’s appearance, bullying, physical or sexual abuse, predisposition to an imbalance in serotonin, dieting, history of family obesity and so on.

What are the physical signs of an eating disorder?

The physical signs of an eating disorder might include fluctuation in weight or significant weight loss, loss of menstrual periods (women), fatigue, dizziness, changes in skin/hair/nails, sensitivity to the cold, swelling around the cheeks or jaw, damage to teeth, bowel problems (e.g. constipation) and dehydration.

What are the psychological signs of an eating disorder?

What are the behavioural signs of an eating disorder?

The behavioural signs of an eating disorder may include dieting or overeating, obsessive rituals (e.g. only eating certain foods on certain days), making frequent excuses not to eat, not eating around others, hoarding food, trips to the bathroom after meals and so on.

Can you think of a young person you’ve worked with that displayed psychological, physical or behavioural signs of an eating disorder? What symptoms did they display, and were you able to intervene/assist them?

It is extremely important that early intervention is achieved in adolescents where an eating disorder is present. This is because during adolescence, not only does a young person’s physical body change, grow and develop, but so does their brain. If this growth and development is interrupted and left untreated, it can cause severe physical damage (chronic illness), further mental health issues and even death.

It’s important to promote eating disorder and body image dissatisfaction prevention programs in schools and within local communities. For instance:

How do we treat eating disorders?

Jessy is the Community Engagement Coordinator at Ultimate Youth Worker. Jessy has been working as a youth worker since 2014 in a variety of different roles. His passion for youth work began whilst volunteering on a YMCA program for young indigenous leaders, after being inspired by the strength and passion of the young people on this program he immediately began his studies at Chisholm Institute of TAFE where he completed a Diploma of Youth Work. Since then, Jessy has expanded his knowledge and skills in the field by working in residential care facilities, being part of an Australian first evidence based foster care program (TFCO) and partaking in various trainings in youth mental health and other relevant areas to his work. Jessy currently lives in Melbourne but is about to embark on the journey of a lifetime and drive around Australia in a four wheel drive with his partner. He plans to work along the way and explore the different opportunities available for youth workers in Australia. Jessy has dreams to one day start his own organisation dedicated to developing the next generation of socially engaged and passionate young people. 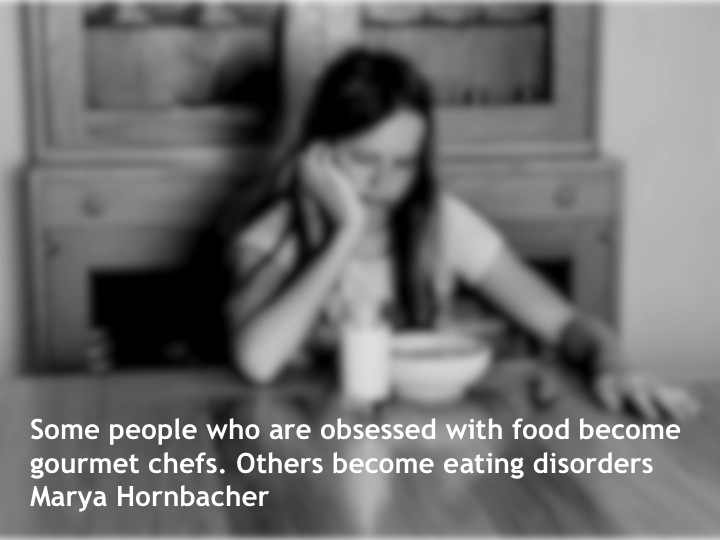 According to the Diagnostic and statistical manual of mental disorders (fifth edition), “eating disorders are characterised by a persistent disturbance of eating or eating-related behaviour that results in the altered consumption or absorption of food and that significantly impairs physical health or psychosocial functioning“. The following diagnoses come under feeding and eating disorders:

Each of these diagnoses, save for Pica, can only be assigned individually to a person in a single clinical episode. Meaning you cannot have a diagnosis of Anorexia nervosa and Bulimia nervosa in the same presentation. This is due to their substantially different clinical course, outcome options, and treatment needs. The diagnostic criteria for these disorders is relatively straight forward however the disorders themselves are quite misunderstood. As youth workers we must have a solid understanding of these disorders so we can break the stigma and provide the most appropriate treatment options and support to our clients.