While each one of us from time to time all feel sad, moody or low, some people experience these feelings intensely, for long periods of time (weeks, months or even years) and sometimes without any apparent reason. Depression is more than just a low mood, it is a disorder which has an impact on both physical and mental health. Adolescence is a critical time for mental health and it is estimated that 75 per cent of adult mental health conditions emerge before a person reaches the age of twenty-five. Around 550,000 young people in Australia aged between sixteen and twenty-five years live with depression or anxiety. 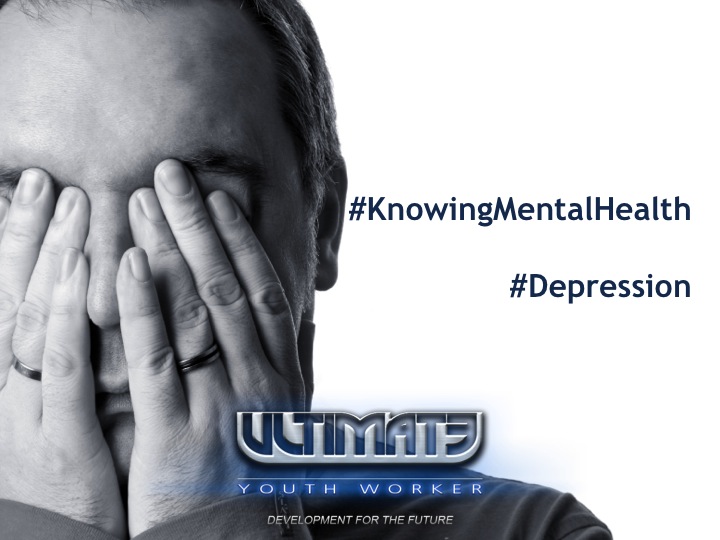 Depression, it can be beaten.

According to the DSM5 the following diagnoses come under depressive disorders:

[Tweet “#UltimateMentalHealth In adolescents #depression is often observable as irritable mood over sad or low mood.”]

Of the above disorders the most common one for youth workers to encounter in their young people is the diagnosis of ‘major depressive disorder‘. It is characterised by discrete episodes of at least two weeks duration (although most episodes last considerably longer) involving clear cut changes in affect, cognition, and neurovegetative functions and inter-episode remissions. While these brain disorders can be diagnosed as one off episodes they are more often recurrent in a majority of cases. In adolescents depression is often observable as irritable mood over sad or low mood.

Major depressive disorder often finds itself in comorbid unity with anxiety in many of our young people. It is important for youth workers to have a good understanding of the diagnosis of depression as the consequence of leaving this disorder without treatment cans be fatal. The severity of the disorder and the persistence of psychotic features and remission status make up the criteria for diagnosis. If the disorder is severe it can lead to suicidality and in turn death.