Skip to content
I was speaking to some of my students recently about their time in the courses I teach in. Many of the student said the felt ill prepared and that they found that many of the teachers were hard to understand. When I delved into this it was that the teachers took pleasure in showing off their academic prowess and made everything seem really hard to understand. Many of the students still did not have a good understanding of basic theories and youth work practices as their teachers were speaking a whole other language…academic pomp.
In class this morning one of my students stated that I taught very different than her previous teacher. When I asked what the difference was she said that the teacher she previously had liked to talk on and on and delve deeply into a topic without making the basics understandable. After the first few classes she felt lost and every class after that compounded her feeling of being lost.
I asked what she liked about my style and she said she could understand what I was saying because I spoke in a way they could understand. I don’t use a lot of jargon when I teach. I can, but I was once told that the mark of understanding was the ability to distil knowledge to the lowest common denominator. If you can’t understand it is often because the teacher is making it too difficult. 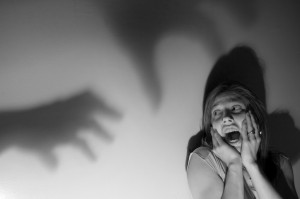 When I was in high school I sucked at mathematics. I could not understand algebra or algorithims and every year I fell further behind. In year ten one of my teachers realised that I had missed the basics and this was what led to my lack of understanding here. She spent a number of weeks teaching me the basics and had me caught up and surpassing my peers in less than a term. The main thing was I needed the basics and I needed to understand.
No one fails my subjects through a lack of understanding. I teach as if I am explaining to a ten year old until my students get it and then I move on. If you struggle with youth work theory and practices it might just be that you were poorly taught. get back to basics and rid yourself of jargon and you will get passed the fear of theory.

If you haven’t yet, sign up for our newsletter to find out all the goings on at Ultimate Youth Worker. (Sign up here)