Over the past two days I have attended the Youth Affairs Council of Victoria (YACVIC) ConnectFor conference in Melbourne. During this time I was surrounded by many amazing youth workers who passed on knowledge and many researchers who called us to action. Most of all the young people, many of who had been in the child protection system, called us to CHANGE the sector for them. 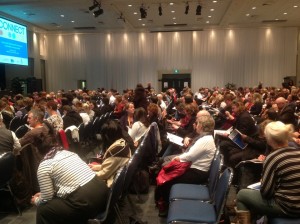 Professor Mark Rose urged the Youth Workers to be AUDACIOUS if the face of overwhelming trends.he also urged us to not let political correctness get in the way of doing good work. finally he urged educators to provide high quality education as it is through education that people’s minds are opened to the future.

Dr Hilary Tierney discussed the state of the youth sector in Ireland with a focus on how it is working towards professionalisation. She spoke of how the Irish youth sector is legislated as a ‘Voluntary’ sector; meaning that young people volunteer to attend, adults volunteer to staff services and organisations are voluntarily managed and funded. The main gist of the presentation was that Ireland is struggling with all the same questions about professionalising that Australia and many other countries are. Amazing seminar!!! 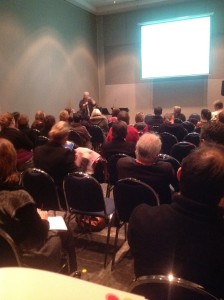 After many years of work Mr Bill Scales AO presented the finding of the Vulnerable Youth Inquiry. He stated that a child born in Victoria has a 1 in 4 chance of being referred to Child Protection and that the economic cost of child abuse in Victoria is over $1.6 Billiion. He spoke of the need for an independent monitor for the vulnerable children in Victoria and how youth workers need to do their job WELL as it is critically important to the success of the sector.

Prof. Rob White spoke of the need for youth workers to be frontline warriors in times of change. He stated that the key attribute of a Youth Worker is their identity first and foremost as Youth Workers. He went on to say that the need for Youth Workers to be treated as whole people would reduce burnout with the need to continue professional development for longevity in the field.

It was today that the government announced that they were going to consult with the youth sector on the need to professionalise.